What’s in the Downton attic?

I don’t watch a lot of television, but one of my favorite programs is Downton Abbey. I seriously cannot get enough of it, and have watched the entire six-season run in its entirety from start to finish, several times over.  (I’m SO excited for the film to be released in September – the King and Queen are coming for a visit!) 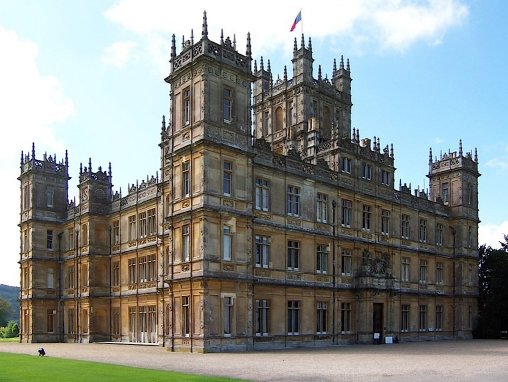 Of course most of the homes in the series are far too grand to be mimicked in my little vintage floral cottage, but there was a line in one episode that caught my attention regarding the furnishing of houses: the newly-widowed chauffer Tom Branson decides to remain at Downton while his daughter is young. He’s talking with the family about living in one of the cottages on the estate, and someone mentions that it will have no furniture once the current tenant leaves. Tom’s sister-in-law, the very grand and wealthy Lady Mary, says to him, “I’m sure we’ve got lots of things in the attics here.” 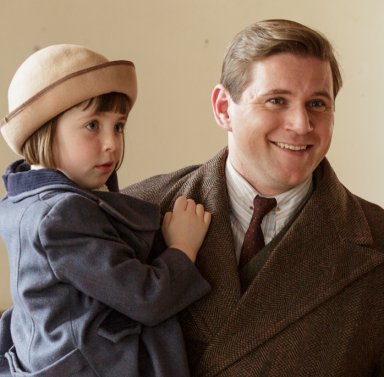 Well this remark got me wondering about just what “things” might be in the Downton attics: ornately carved furniture, large paintings of past Earls and their family members, giant tapestries, statuary, ancient Chinese vases and the like…? Apart from the fact that these would absolutely NOT be the furnishings that the Irish Socialist chauffer would choose for himself, the remark does give a clue about how a small cottage could realistically come to have some very grand furnishings: they could be hand-me-downs from the main house!

Now I’m not really one for ancient Chinese vases or (ug) giant tapestries. But I did think that perhaps statuary could be an element I might bring in to my little cottage. This piece from Downton, for example, appears in almost every episode because of its prime location on the grand staircase: 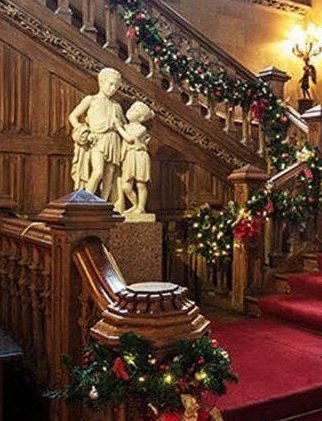 Here’s a peek at my own statuesque acquisitions! This auction purchase featured in a recent blog post… 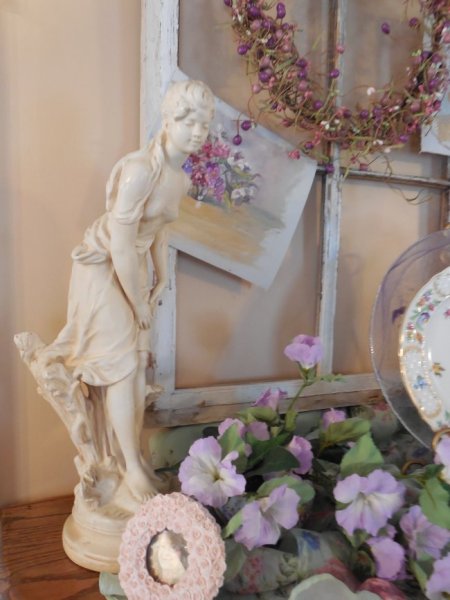 Then this smaller piece acquired at a thrift store:

Another auction score, this bust of someone I originally called Martha but am now calling Emma… 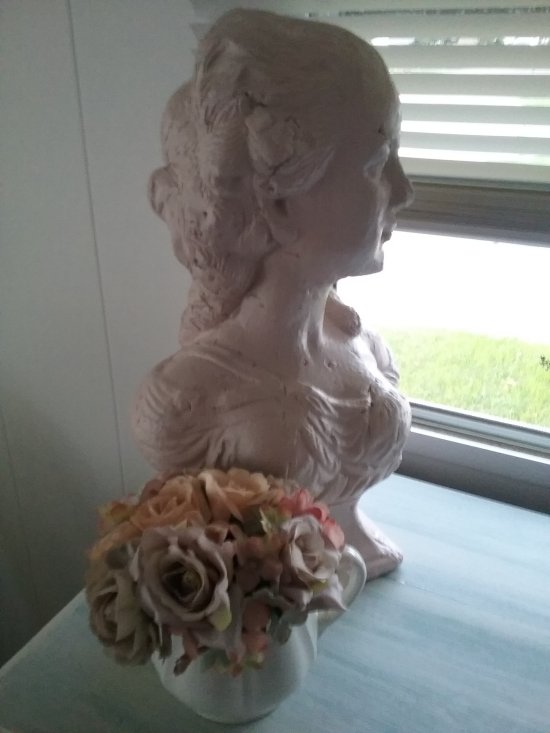 And finally, this heavy resin garden statue (about 18 inches tall) that I spray-painted shiny metallic gold before bringing it in to sit atop the barrister bookcase along with some English-themed memorabilia: 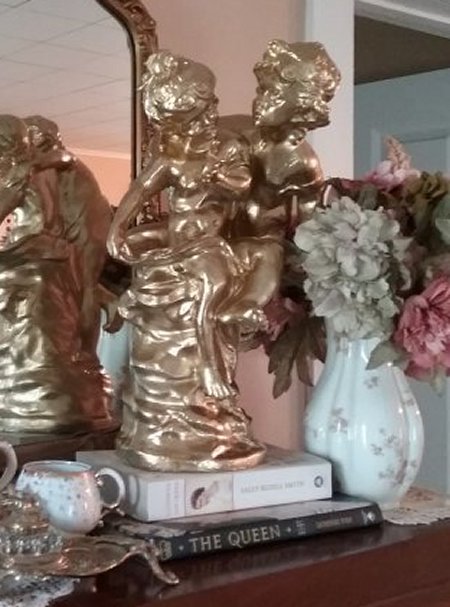 I also have a small room in my new home that might appear to be somewhat Downton-inspired, but in reality it’s a direction I was gravitating before I became so enthralled with aristocratic English interiors so I’m not quite inclined to give them all the credit. Now if I could just get the Queen to pay me a visit – oh the lovely chat we would have!