The weather has been really frustrating around here for the past 10 days… upper 40’s to mid 50’s and rainy, which actually means cold and damp. That means our fruit trees are going to bloom really late this year, but I was getting desperate for a little Spring cheer in the house. So I snagged an idea from Wendy over at The Shabby Nest, and brought some budded branches inside. It only took a few hours before the warm house coaxed these branches from our pear tree to open and provide a very pretty “show” in front of the dining room window. I have really enjoyed this vase full of blooms all week! 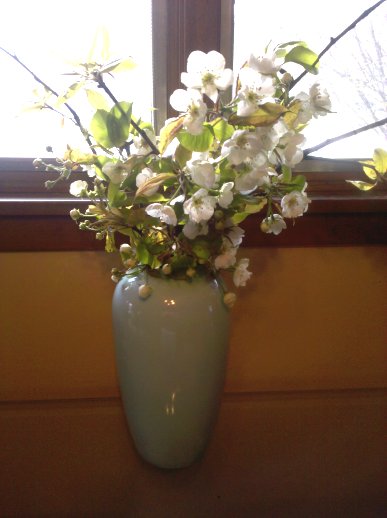 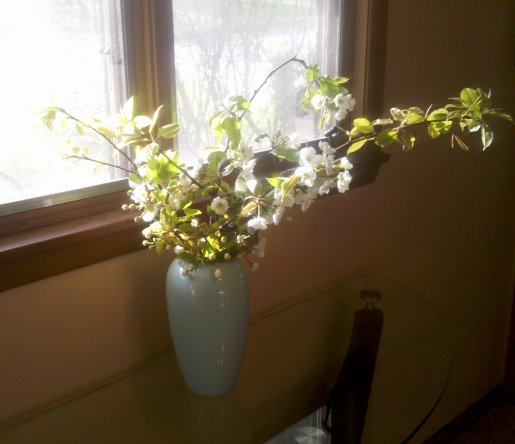 A couple days after bringing those branches in, I noticed that a good portion of my one lone lilac bush had been broken off at the base, either by animals or high winds. This really “hurt my heart” (as my daughter used to say) because lilacs are among my absolute favorite Spring flowers and we only have the one shrub. Not about to admit defeat, I clipped off some greenery and the one piece that seemed to have some buds on it, and brought that inside to force as well. 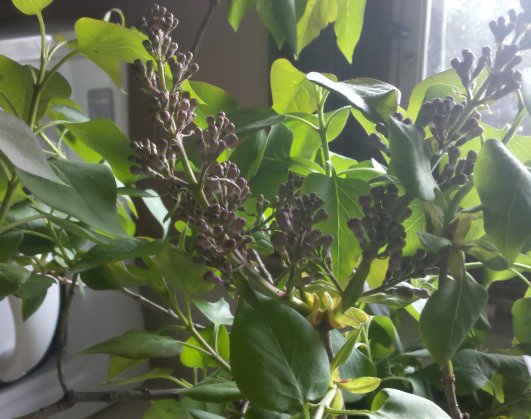 This sprig hasn’t bloomed yet after several days, but I am giving it plenty of time – the buds had just appeared when the branch got broken. 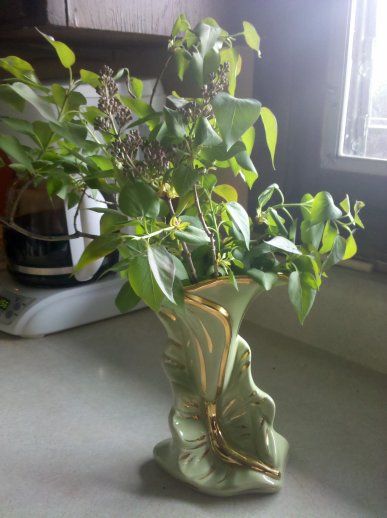 And, here is the neat vintage green-and-gold vase I’m using. I’m not sure of the maker, it belonged to my grandmother and simply says “Made in USA” on the bottom. 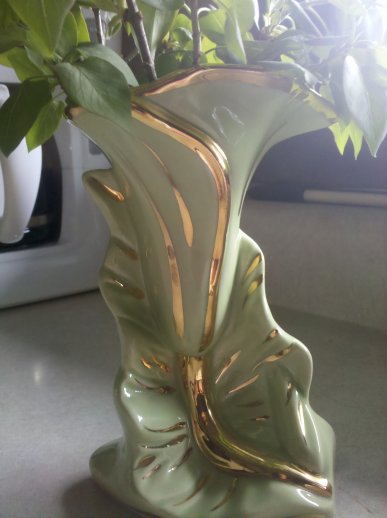 Meanwhile, neither the pear or apple tree, nor the remainder of the lilac bush, appear any closer to blooming outside than they did ten days ago. Hopefully we’ll have some warm sunny days really soon!