Recently I learned that a fellow picker from my antique mall vendor days was having a booth-closing sale, with 50 percent off everything in her already-low-priced booth, so I went up recently to shop her sale. I’m sure you know how this works… you don’t know you need it until you see it, but once you see it you realize you can’t live without it!

One of my favorite items was this sweet little red leather photo album: 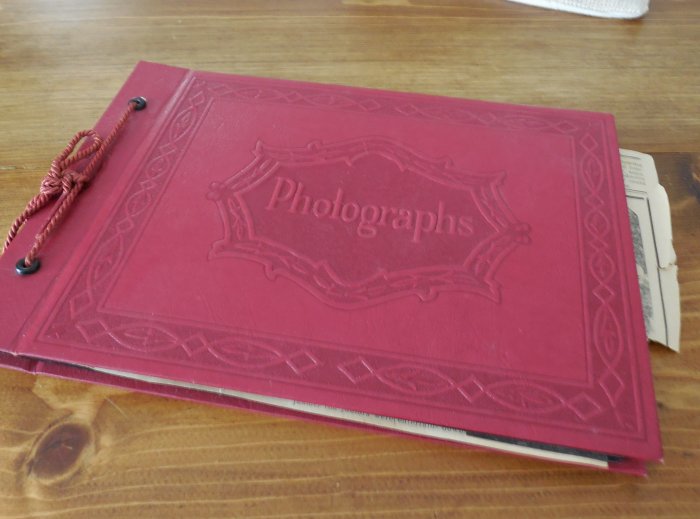 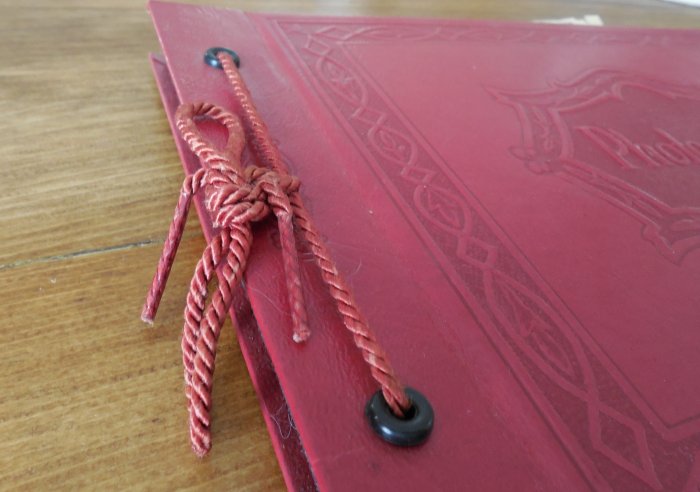 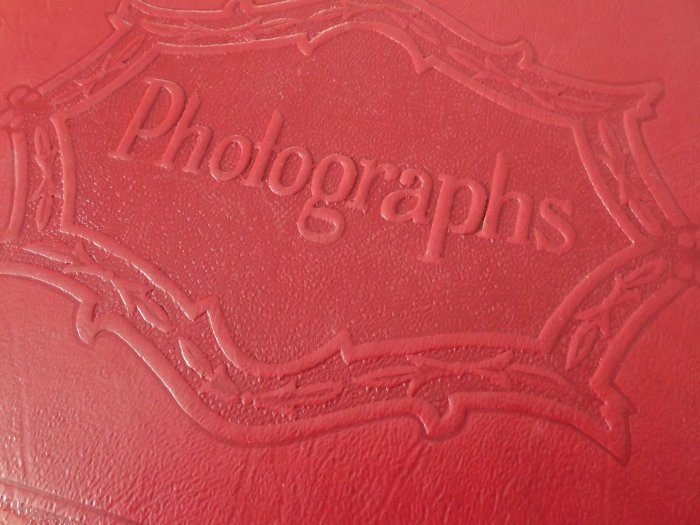 This album was in nearly new condition, and had several pages full of school and class photos of a young boy, plus some loose family snapshots, and several newspaper clippings. 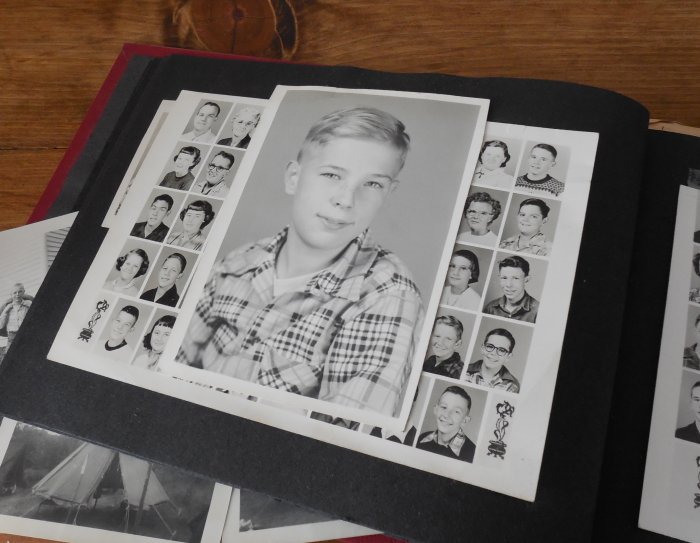 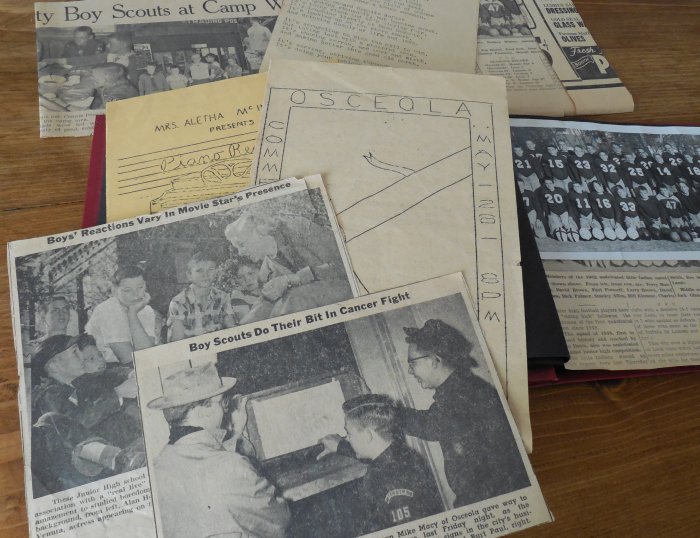 Everything I touched in this booth was a no-brainer as far as purchasing, because it was so inexpensive. I snatched up this album, and paid a whopping $1 for it. 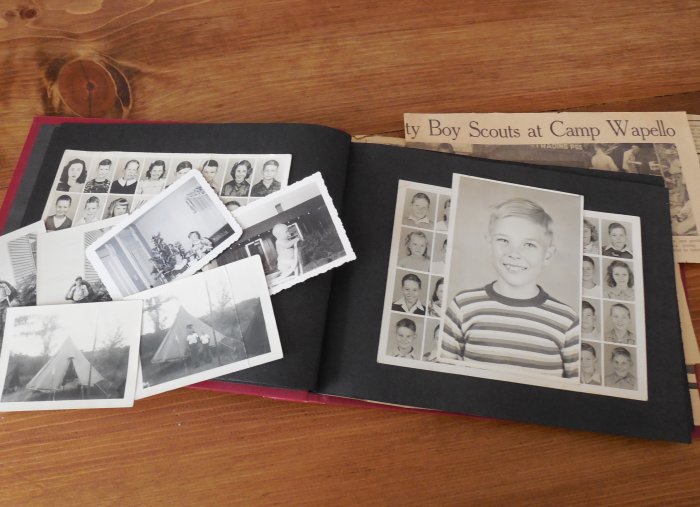 Upon inspecting it closely at home, I noted that the class photos were neatly labeled on the backs with all of the childrens’ names, and the boy in the larger photos was named Victor – he had grown up in Osceola, Iowa, which is about 30 miles south of here. 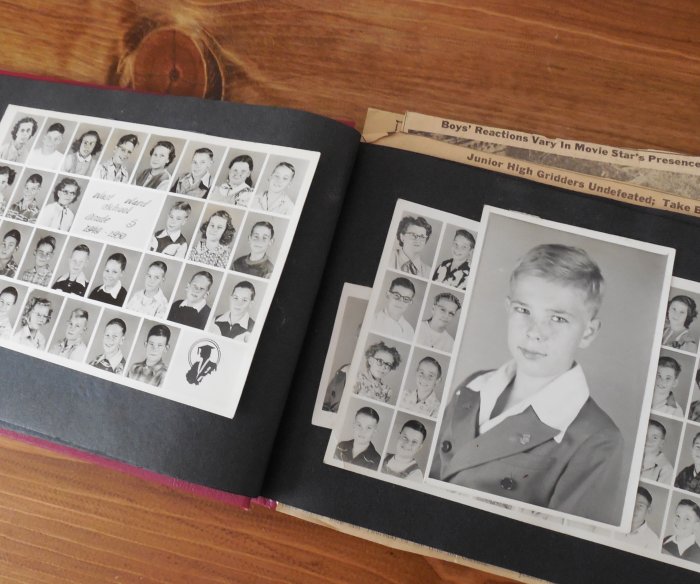 I thought it would be great to be able to return this album to the family. The photos included his last name (which I’ve omitted here for privacy reasons), so I shared it on Facebook, and a friend very quickly commented with a link to the obituary – he had died in April this year at the age of 77. The obit listed some surviving relatives, so I looked them up on Facebook and through some educated assumptions I connected fairly quickly with his son Jeff who lives in Pennsylvania. 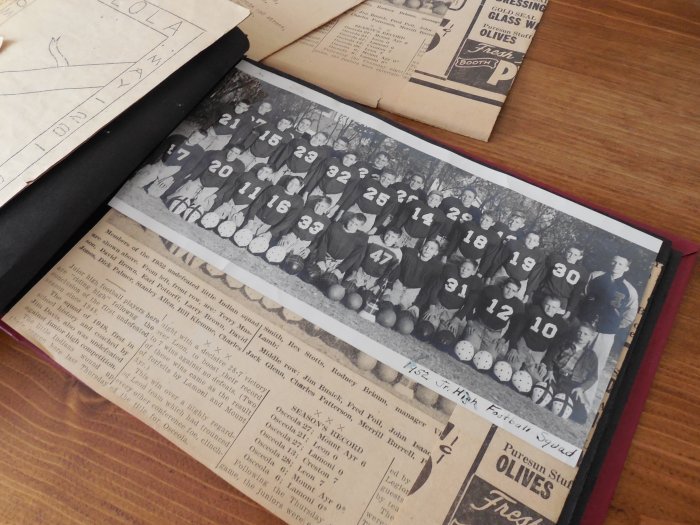 Jeff was delighted to learn about the album, so I will be sending it off to him to keep and reflect on his dad as a youngster. 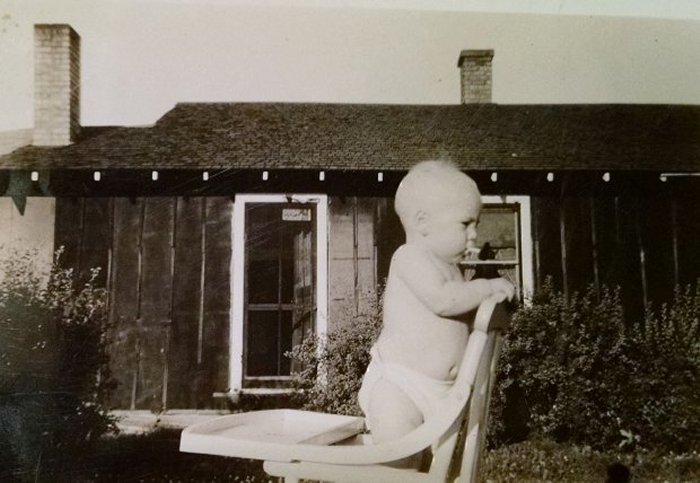 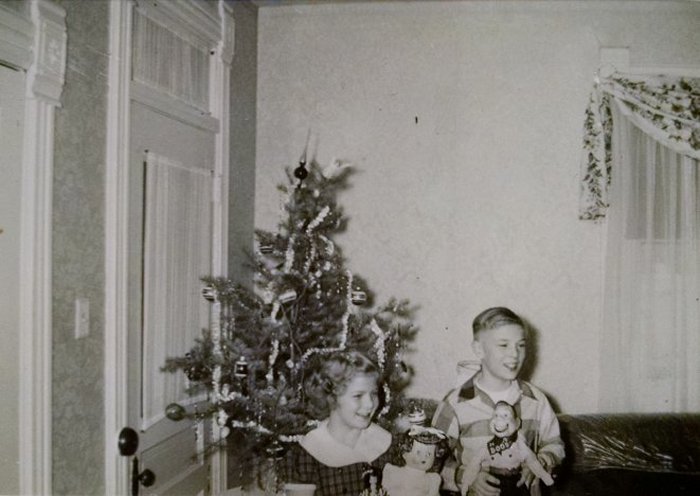 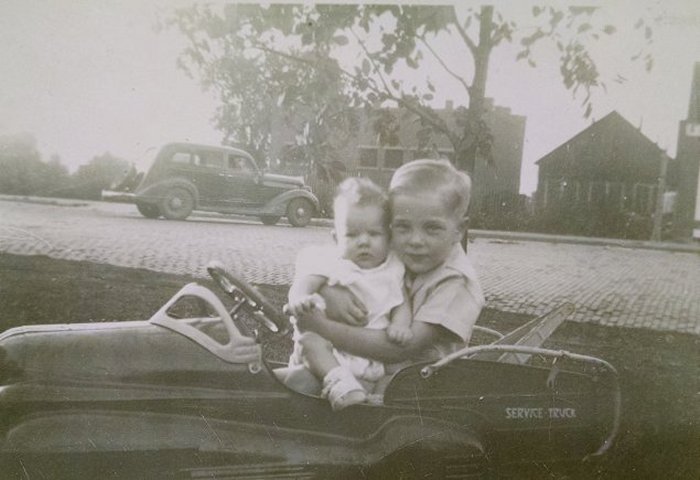 I can’t help but feel grateful for the opportunity to get this amazing keepsake back into the hands of a family member who will treasure it!