Taking a walk in the woods – Faded Summer becomes Fall

Well it’s definitely Fall now, that’s for sure! I want to be sure to tell you about the walk in the woods that Greg and I took in October, but first, let’s catch up a little!

September was a good month for the most part: I began working at the antique mall where I have my booth, and began managing their Facebook and Instagram accounts as planned. My booth quickly doubled in size, as the store owner encouraged me to expand into the space next to mine which became available right after I moved in. And to top it all off, I had very good sales reports for both September and October. Here’s the booth as it currently looks, ready for Christmas, although I have filled it in even more since I took these pictures at the end of October: 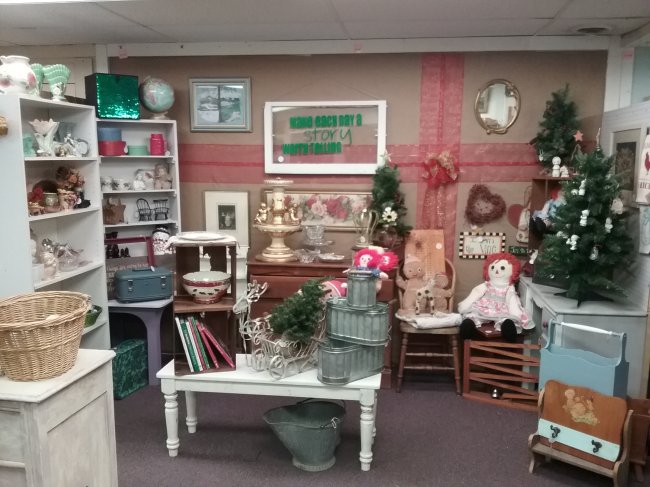 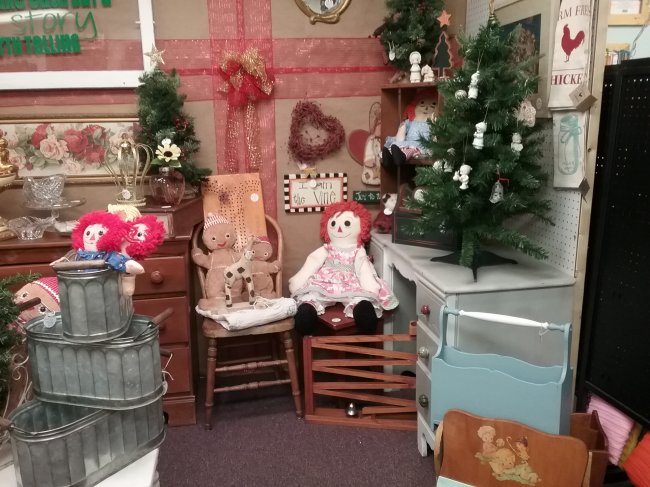 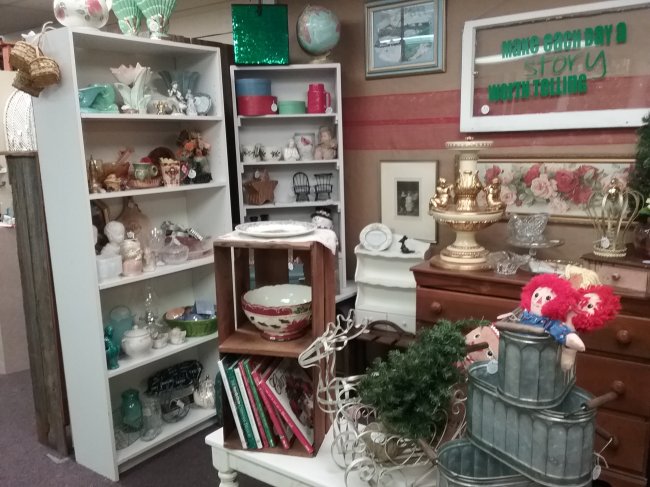 Greg and I also took a trip over to Walnut, Iowa for their Fall outdoor antique market. I attended the Rustique outdoor market on my own, and I continued to buy and sell furniture on Facebook Marketplace with good results.

The weather took a turn in September as well. It was hot and humid at the start of the month, but by the end we were only reaching the mid- to upper-50’s in daytime temperatures with lots of rain. In fact, the entire first half of October was dreary, chilly, and rainy. But the second half of October was glorious!  Here’s where our walk in the woods comes into play.

I had decided that one of the things I most wanted to do this Fall was take a walk in the woods. But, because of my experiences earlier this year with a broken ankle (and frankly, for personal safety reasons), I was reluctant to go by myself. So I recruited Greg to accompany me to Brown’s Woods, which is a county park not far from my home. Now the short version of this story is that because neither of us was familiar with the trails at Brown’s Woods, we set off to walk maybe 1.5 miles… and ended up walking 4.5, which may not sound like a lot but it was not the easiest terrain and the most I have walked at any one time this year has been a mile. Fortunately, it was absolutely beautiful (if painful during the second hour – LOL) and I took quite a lot of photos showing the Fall color. 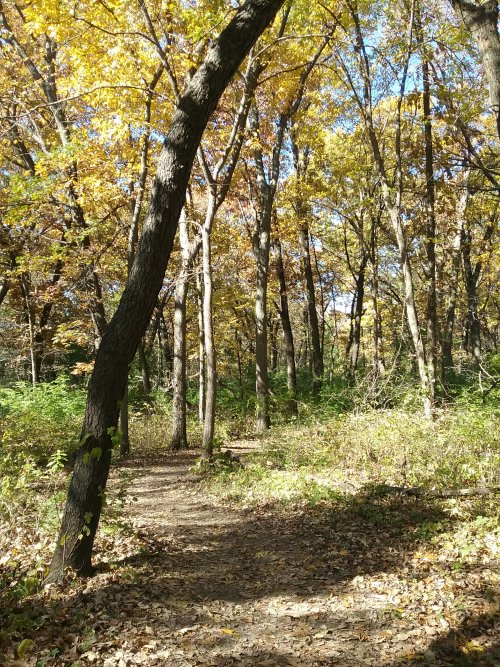 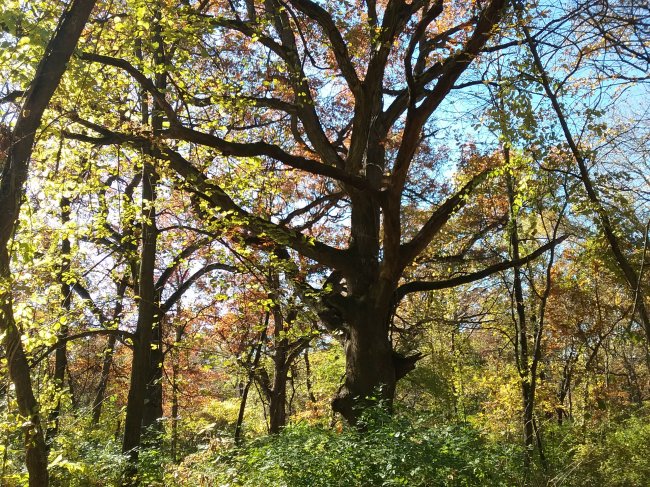 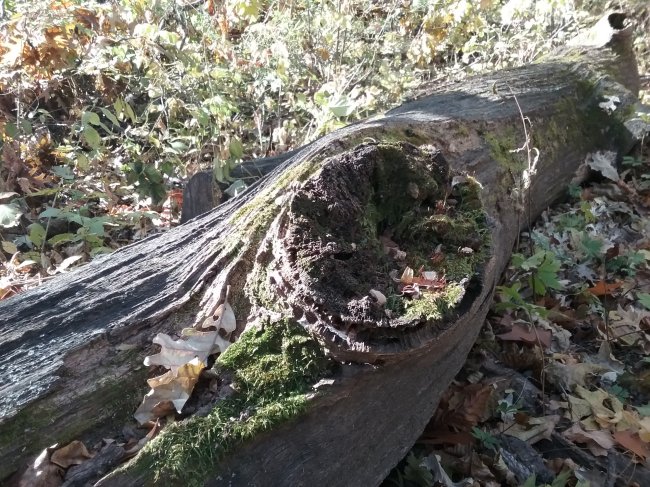 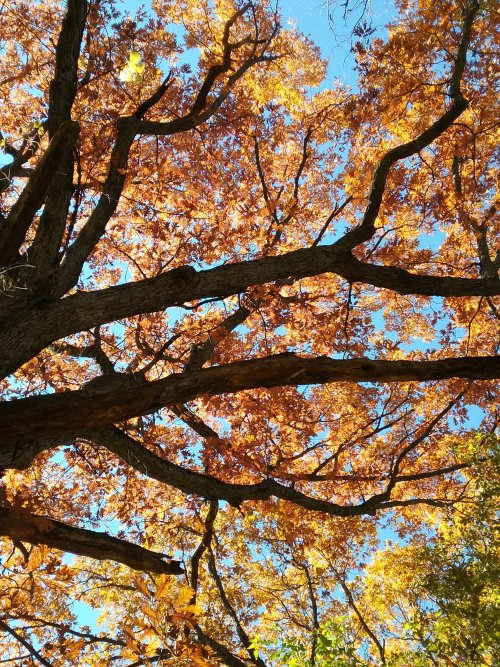 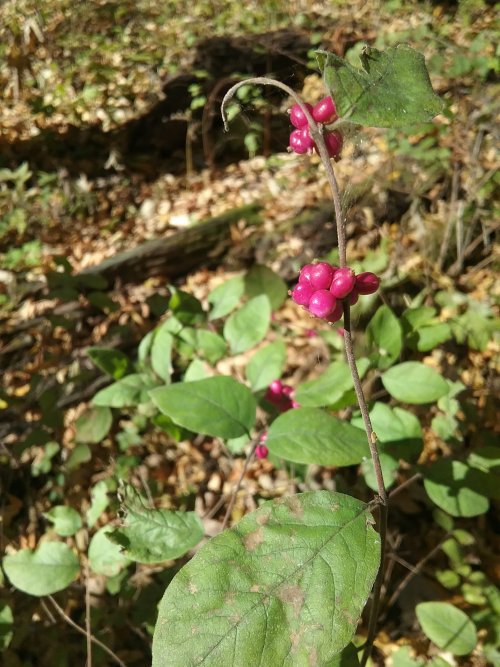 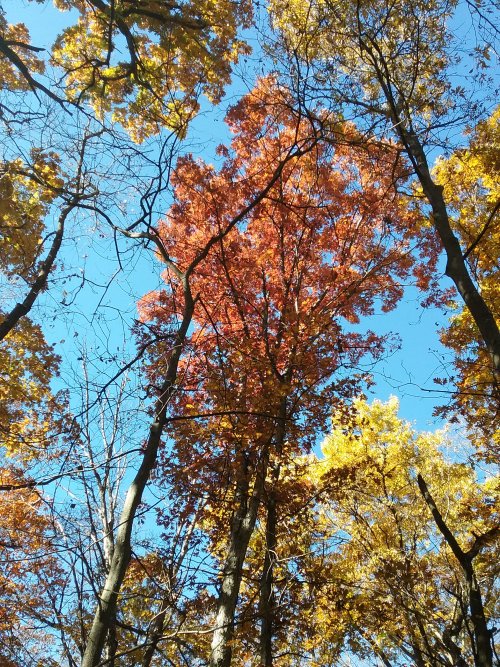 Coming up soon, I’m excited to show you a tablescape that I recently put together – although it has a few Fall elements, it’s decidedly more Summery in its color palette, but I finally had all the right elements to assemble it so I went ahead and did it kind of “off-season.” Also coming up, I created quite the sumptuous Fall vignette across the top of my barrister bookcase (I don’t have a mantle, but the barrister is a fine stand-in) and I’m excited to share that as well in a near-future post.

This entry was posted in Thinky Thoughts. Bookmark the permalink.