And one that got away 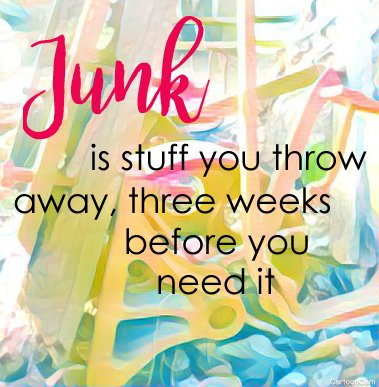 I’ve often said that I’m lucky to have the “purge” gene as well as the collecting gene. What I mean is, when I get overwhelmed by stuff, I simply go into purge mode and donate, toss or organize large amounts of accumulated clutter.

Of course, along with that comes the danger of then thrifting a couple weeks after a purge, and re-buying something I just donated because it’s SO CUTE. I’ve had to stop myself a couple of times.

Right this moment, though, I really wish I’d come upon something that I re-donated a few months ago. Because I really need it back!

About a year ago, I bought a small hobnail milkglass hurricane lamp base at Goodwill for $1.99. It was electrical – not an oil lamp – and it would have been perfect for soft lighting on the kitchen counter. It didn’t have the actual hurricane cover, but I bought it anyway, believing I’d eventually find a cover for it.

Except I didn’t. For many months I looked, and finally decided I wasn’t going to find what I was looking for. So I tried to sell the base at my Fall garage sale, and failing that, I re-donated it shortly thereafter back to the Goodwill.

And then this happened: 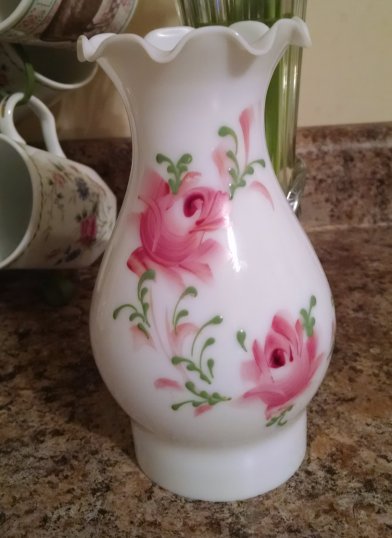 By the time I found this sweet little hurricane cover, painted with soft pink roses, my hurricane lamp base was long gone.

I even searched through my remaining “to be donated” boxes thoroughly, just to make sure I no longer had it. But I could picture the box it had been laying in, and I knew in my heart that box was gone.

As for the rose-painted hurricane cover? 99 cents. I bought it anyway.

And now the hunt begins anew, for the piece that got away.