Does your favorite thrift store stink? (Probably) Should you still shop there? (Yes) 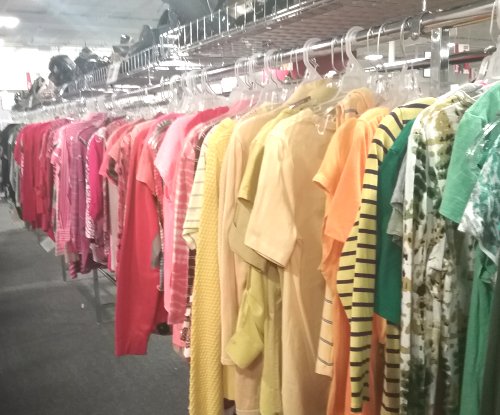 Have you ever noticed how brand new clothes have that “new-shirt smell”? My mother always said that was “sizing” – apparently a chemical added to the completed garment to help it hold its shape and size until it gets washed.

Thrifted clothing has an odor too.  And because of it, thrift stores often have a distinctive smell. The big question is, should that odor deter you from buying secondhand clothes?

I think the answer is no. The key is (as I said in an earlier post) common sense. If the odor you’re smelling is musty/mildewy, then it would be a concern. But if the shop is generally clean, then chances are the odor is just coming from a whole bunch of used clothes all gathered into an enclosed space. And the good news is, it can be removed.

I don’t have the means to send clothing off to labs to be tested, but thankfully someone does: cleaning expert and podcast host Jolie Kerr conducted an experiment and reported her findings in a fun and funky New York Times article in June, 2018:

“… 12 of 18 of the key malodor molecules that contributed to the bouquet of that vintage smell were derived from body soils, which is a gentle way of saying your skin, your sweat, your oils…

The source of the remaining compounds that made up that vintage smell were environmental contaminants like car exhaust, gasoline, dry cleaning solvents, food and perfume or, as the team at P & G put it, “the odor molecule peaks form a record of the odors” that the garments were exposed to over its life.”

Here is the full article – it’s a very interesting read, and offers up some tips to eliminate the odors as well. (Hint: Kitty litter!)